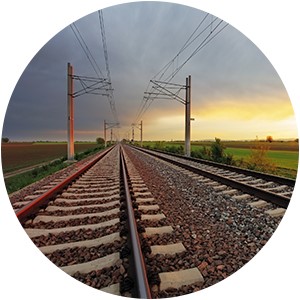 The detailed hydraulic modelling by WHS supported the development of a successful Flood Risk Assessment for the East West Railway.

How WHS was involved

The East West Railway Project is a significant infrastructure development to establish a direct rail connection between East Anglia and southern and western England.

The project requires major engineering, including embankments, bridges and tunnels.

WHS was commissioned by Network Rail to assess how construction of the railway across the Thames Valley in the Oxford to Bicester section would impact on local flood risk.

WHS developed detailed hydraulic models to better quantify flood risk. We demonstrated that the flood risk is not increased by the works and in some areas our work provided data for the mitigation of flood risk.

The scope of our hydraulic modelling

In our review of online flood maps and early liaison with the EA, we identified that existing modelling in the area using coarse modelling techniques was likely to have produced conservative estimates of flooding at several locations.

The original 2005 model used for existing mapping was 1D only, so key floodplain features were not captured in the assessment of both floodplain storage and overland flows.

Our detailed modelling demonstrated significantly reduced flood depths and extents in the areas modelled, enabling expensive and time-consuming mitigation work to be avoided.

This was particularly apparent for a planned access road close to a Scheduled Ancient Monument (SAM), which previous 1D model outputs showed to be within the 1-in-100yr flood extent map.

After our more detailed 1D/2D modelling, the predicted flood extent was reduced significantly, removing both the need for compensatory storage adjacent to the SAM and post-development analysis of the impacts of the works on flood risk.

What it meant for the client

Project savings of over £100K were made for Network Rail, including reducing the area constraints to embankments, which needed to be strengthened to allow for the new high speed service.

Using the model, we also demonstrated that a disused under-bridge in the floodplain of the River Cherwell could be closed, so that floodwater would be held back by the structure, slightly reducing predicted flood levels at nearby farm buildings.

“WHS have provided expert advice, have very good working relationships with key people at the Environment Agency and have already saved the project about £100K.”