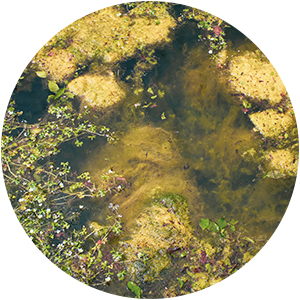 Clean, healthy water is essential for the environment. Excess nutrients are a threat to water quality and phosphates are of particular concern. New guidance focuses on the impact developments have on phosphate levels and sets new targets.

Phosphates are nutrients found in agricultural fertilisers and wastewater. Entering water bodies in treated sewage or via surface water runoff, they can contribute to increases in nutrient levels that can ultimately be harmful to plant and animal life.

This has become a particular concern in Special Protected Areas (SPAs) and Special Areas of Conservation (SACs). Areas such as the Somerset Levels have begun to show the negative effects of eutrophication.

Action is required to prevent the situation getting worse.

The consequences for developments

Somerset West and Taunton Council specify that residential, commercial and agricultural developments are all affected by new requirements, and some tourism attractions too.

Any development in an SPA or SAC now requires Habitats Regulations Assessment (HRA) screening to determine whether it is likely to have significant effects on the area.

A relevant competent authority will complete this assessment, likely the Local Planning Authority (LPA), and will require information on the development and any phosphate reduction measures planned.

The aim is to ensure that all developments are at least nutrient neutral.

It could have a major impact on costs for new developments to become nutrient neutral. Re-developments may well find it a simpler task as impacts on wastewater are often less.

WHS has direct experience of two developments affected by the change in requirements:

Assistance and options for developers

Longer-term plans for sewerage undertakers like Wessex Water have been set by Natural England and the Environment Agency to lower nutrient targets, which will help, but this target won’t be adjusted to account for new developments.

A phosphate budget calculator is being hosted by Somerset West and Taunton Council that can be used as a part of the HRA for developments in the Somerset Levels and Moors Ramsar site. Mitigation options to offset nutrient increases are presented for developments that are expected to increase phosphate levels.

These options are currently limited to the addition of new land types including constructed wetlands, open spaces, nature reserves, woodlands, heathland and meadows.

As one example, woodlands intercept runoff and reduce the amount of nutrients reaching watercourses. This is similar to sustainable drainage systems (SuDS) removing pollutants from surface water runoff.

NRW has published interim advice for planning applications for developments in the nine river SACs that may require an HRA. It gives a broad outline of what developments are affected and what is required from an HRA.

Phosphates are a significant environmental concern and developments have an important role to play in reducing their impact.