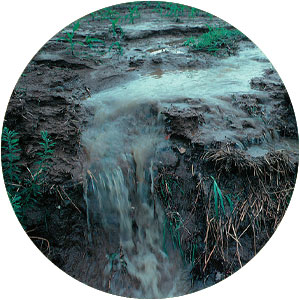 According to The Rivers Trust, only 14% of English rivers have Good Ecological Status within the Water Framework Directive (WFD) because of pollution. Nitrogen compounds are key components of this.

“A ‘chemical cocktail’ of sewage, agricultural waste, and plastic is polluting the waters of many of the country’s rivers.” The 2022 Water Quality in Rivers report

According to the Environment Agency, agriculture accounts for 70% of nitrogen compound inputs into English watercourses.

What are nitrogen compounds and why are they a problem?

Nitrogen compounds are in fertilisers, and they are in the things we eat.

Mineral fertilisers often contain a mix of nitrate and ammonium, and organic fertilisers are rich in ammonia.

Nitrogen compounds enter watercourses in surface-water runoff and can contribute to increases in nutrient levels, leading to several problems:

When ammonia concentrations in watercourses exceed 0.3 to 0.6 mg/l, there are detrimental toxic impacts on fish and other aquatic life. In the UK, Environmental Quality Standards (WFD, 2017) protect our watercourses against this.

When there is excessive nutrient build-up in waterbodies, step-by-step extensive damage can result:

Wetlands (groundwater-dependent terrestrial ecosystems or GDTE) are especially sensitive to nutrient levels and groundwater flows, with nitrate thresholds of between 4–26 mg/l.

Nitrate levels above this can change the relative competitive abilities of wetland plants, leading to species degradation and structural changes in plant communities. This in turn can influence the status of the groundwater body (UKTAG, 2012).

How can we manage nitrogen compound pollution in our watercourses?

Riparian buffers (trees, shrubs and plants adjacent to a stream)

Christen and Dalgaard’s study in 2013 suggested that riparian buffers are able to capture 30 to 99% of nitrate from agricultural runoff and shallow groundwater, as well as other pollutants such as phosphorus and pesticides.

Catchment Sensitive Farming (CSF)
CSF is a project run by Natural England, the EA and the Department for Environment, Food and Rural Affairs (DEFRA). The project aims to raise awareness of agricultural farming methodologies and to work with farmers to improve land stewardship.

CSF provides free advice to farmers to help them meet relevant legal obligations, such as those set out in Nitrate Vulnerable Zones (NVZs).

Nitrate Vulnerable Zones (NVZs)
An NVZ is defined by DEFRA as ‘an area designated as being at risk from agricultural nitrate pollution’.

As part of The Nitrates Directive (91/676/EEC) adopted in 1991, member states were required to designate NVZs to combat excessive nitrate pollution and remain within the 50 mg/l N limit for drinking water.

Currently, 55% of land in England is within an NVZ and has to comply with rules set out by DEFRA relating to the use of nitrogen fertiliser and the storage of organic manure.

There are restrictions to the amount of nitrogen that can be applied to different crop types each year, known as the N-Max limit (kg/N/Ha), and on when it can be applied.

The last review cycle was completed in 2016/2017. No significant changes in nitrate pollution patterns in England were found, so designations remained the same for the 2021 to 2024 period.

When landowners are notified that their land is in an NVZ, they are given the opportunity to appeal the decision on two grounds.

For the 2021 to 2024 period WHS is providing the technical expertise needed to support the Environment Agency in their reviews of evidence submitted to DEFRA by landowners.

WHS is proud to be supporting the EA with technical expertise for the NVZ appeals process.

We are playing an important part in protecting vulnerable water resources for future generations.

Image source: Agricultural run off  – Runoff of nutrients from farm fields is one of the primary sources of nutrients in many coastal waterbodies.