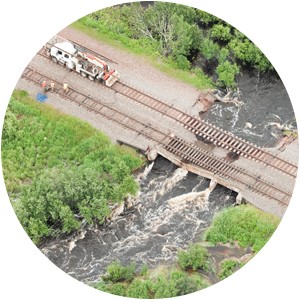 There has been much talk of ‘levelling up’ between the poorer and wealthier regions of the UK. Spending on flood defences is a case in point. Does the Treasury’s revised Green Book 2020 give this the green light?

We all know there is some way to go before the gap is closed between spending in poorer and wealthier regions of the UK. This includes the flood defence infrastructure crucial to the UK’s resilience against extreme weather events.

As engineers we try to emphasize the non-monetary benefits of flood defence schemes, but the ‘bottom line’ is still seen as a primary measure for justifying work.

The benefits of flood defence schemes are still measured in monetary terms, capped at the value of the properties they protect.

This means that where average house prices are low, flood defence schemes can appear to be offering poor value for money.

Appraisers must now present two preferred options, one with the cost of delivering non-monetised benefits and one without.

However, there is no guidance in the Green book 2020 on how decision makers should value these benefits. This leaves the door open for subjective assessments, where the outcome in one part of the UK could be different to the outcome in another.

This subjectivity could even lead to a widening of the very gap the update is trying to close. For example, a cash-rich council may look favourably at non-monetised benefits, while a cash-poor council may consider that they can’t afford them. As well as short-term impacts, this could widen the gap in the longer term, because areas with higher amenity and biodiversity benefits are likely to attract people and grow further.

It is good to see the government starting to put a framework in place to make the process, and ultimate decisions, fairer regarding the investment of public money. The Green Book updates only scratch the surface however.

Further research and guidance is needed to strengthen the business case to ensure that everyone across the UK receives an acceptable standard of protection.

Flood defence schemes should be based on the benefits they deliver to everyone’s wellbeing, and not shelved because the value of the homes they protect are too low to justify them. We would like to see national figures used to cap values for damages, rather than local figures, to avoid the divide between rich and poor.

Our communities deserve a consistent standard of protection irrespective of average house prices. There is still a way to go before the UK has equal valuation of the full benefits of flood defence schemes across different parts of the country.