The UK and China are 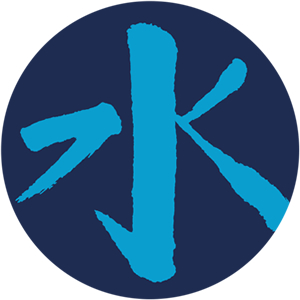 transferring knowledge and ideas on flooding and sustainable development.

The first stage of a Newton-funded collaboration between the Centre of Ecology and Hydrology (CEH) and the Changjiang River Scientific Research Institute (CRSRI) was the UK-China Urban Flooding Research Workshop in Wuhan in 2018.

WHS attended as a project partner. The workshop was a great success, with innovation and forward thinking on all sides.

China is the fourth largest country in the world and includes some of the world’s largest rivers. In the past 40 years China’s rapid development has resulted in a significant population shift, from predominantly rural to urban.

The growth of cities, combined with the magnitude of flooding has brought new challenges for sustainable planning and flood management in China.

The challenges facing China are significant, but the country is an emerging global leader in urban sustainability, with large-scale investment and momentum.

The UK is clearly far smaller and its numerous waterways are trivial in comparison. Many of its cities have been established for decades.

Despite their differences, China and the UK both face the same basic challenges in providing sustainable places for people to live, with a backdrop of a warming climate and population growth.

It makes sense for knowledge and ideas to be exchanged. The UK benefits from a long history in environmental management and has unparalleled experience in terms of hydrology and sustainable drainage. China continues to develop rapidly and is a hotbed for innovation, open to new ideas on both sustainability and water management.

One of the latest examples of innovation in China has grown from a 2013 national initiative to develop the water infrastructure and management networks of selected cities.

The programme aims to use natural systems to upgrade urban drainage and retain valuable water resources, and Wuhan was the first city involved.

Known as the ‘city of a hundred lakes’, Wuhan is located on the Yangtze river and experiences many severe water challenges, including urban flooding, waterlogging and pollution. The ‘sponge city’ was the first solution introduced.

A sponge city is an area with a large water-buffering capacity, which collects excess rainfall and integrates flood control in urban planning.

We were taken around part of the Wuhan sponge city during the workshop. On show were a number of SuDS features familiar in UK developments, including: 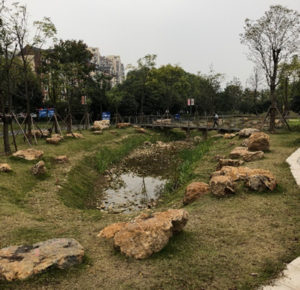 The project has been a great success so far.

The project is along the same lines as many principles governing SuDS design in the UK, but on a much larger, strategic scale.

China highlights the potential of SuDS to combat many water-related issues globally. Sponge city schemes are being rolled out across China and should be commonplace in the country by 2030.

UK specialists like WHS can play a key role in encouraging sustainable development through exchange of ideas and knowledge.