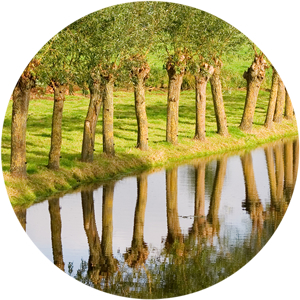 Wales has taken steps to implement Schedule 3 of the Flood and Water Management Act (FWMA 2010).

This is likely to have a big impact on developments and the planning process in Wales.

The journey to here

SuDS on new developments is a method for managing surface water as well as providing wider benefits for society and natural resources.

Wales has looked likely to succeed in implementing the SuDS aspects of Schedule 3 of the FWMA for some time.

The key strategy in implementing Schedule 3 in Wales will be the appointment of SuDS Approval Bodies (SABs).

Each SAB will be:

This should iron out existing ambiguities in the adoption and maintenance of SuDS schemes.

Key outcomes of implementing Schedule 3 will be:

The legislation is expected to be introduced to the Assembly in May 2018 and enforced by the end of this year.

Bumps in the road?

The majority attending the Welsh Government consultation events supported the process and even believe that implementation has taken too long, but comments included:

So, questions do remain on the funding of both SABs and SuDS maintenance, which has been a constraint to SAB appointment to date (particularly in England).

The new approval system for SuDS should: